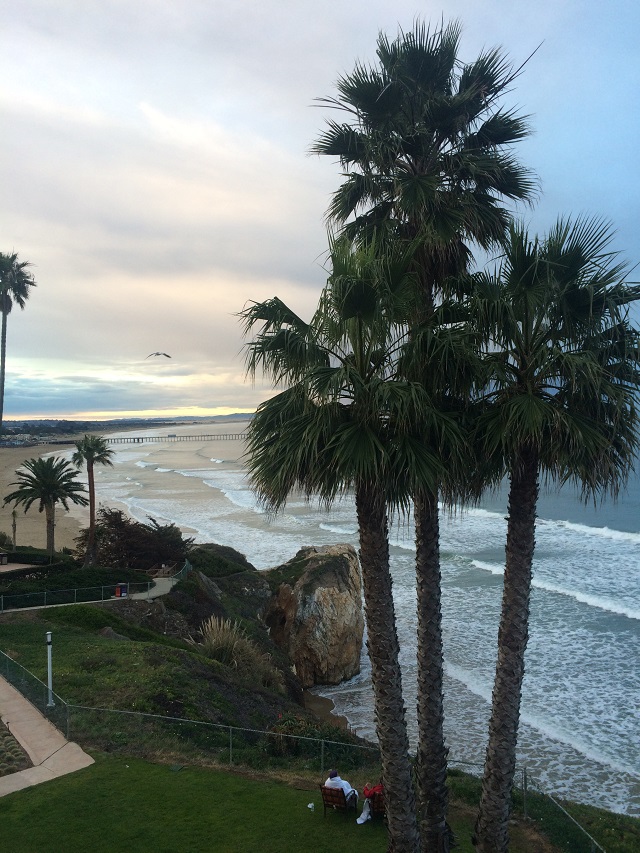 I took a little mini-vaca this past weekend, and drove up to Pismo Beach. I’ve never been to the Central Coast. I’ve spent plenty of time in San Diego, LA, and Northern California. But have never ventured up Highway 1 until Saturday. And it was amazing. I wish I could’ve taken pictures from the road, but I was the one driving, so decided to play it safe instead. The weather report called for thunder storms all weekend, but all we had were beautiful puffy clouds with scattered storm clouds, tons of rainbows and a few very short downpours. This last minute trip came at the perfect time. Work has been totally insane, I’ve been working way more overtime than I like and I needed a brain break so bad. We stayed at the Sea Crest Hotel, which was right on the cliffs, as you can see from the picture above. That was the sunrise view from my balcony. Tough life I lead, right? We were in the North Tower on the fourth floor, so the views were amazing. The rooms are a really good size, very clean, and I swear I saw their patio furniture at Target last season. Which is fine by me! They have a really great breakfast that’s included in your nightly fee, with yogurt, fresh fruit (including grapefruit!), toast and waffles (not homemade waffles, just the kind you toast), oatmeal, cereal, hard boiled eggs, juice, coffee, pastries…more than the average breakfast at an average hotel. I ate breakfast outside next to one of the firepits they had going. I did not want to leave. 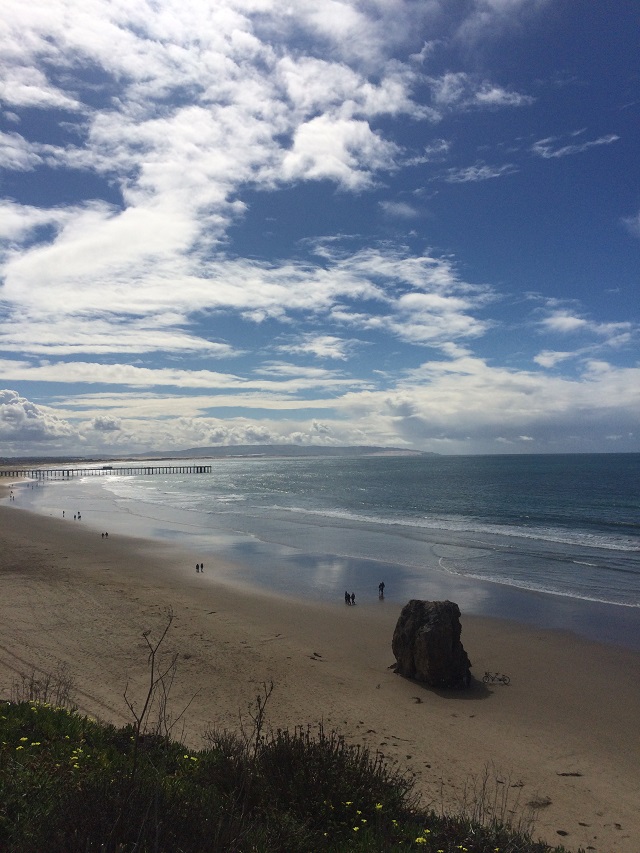 The night we were there we went to a restaurant recommended to us by a local, at the SeaVenture Hotel. Most restaurants there use only local ingredients, and this place was no exception. It was so good! I had the margarita flatbread with a balsamic reduction, and the goat cheese and beet salad. Oh yeah, and a flight of wine. 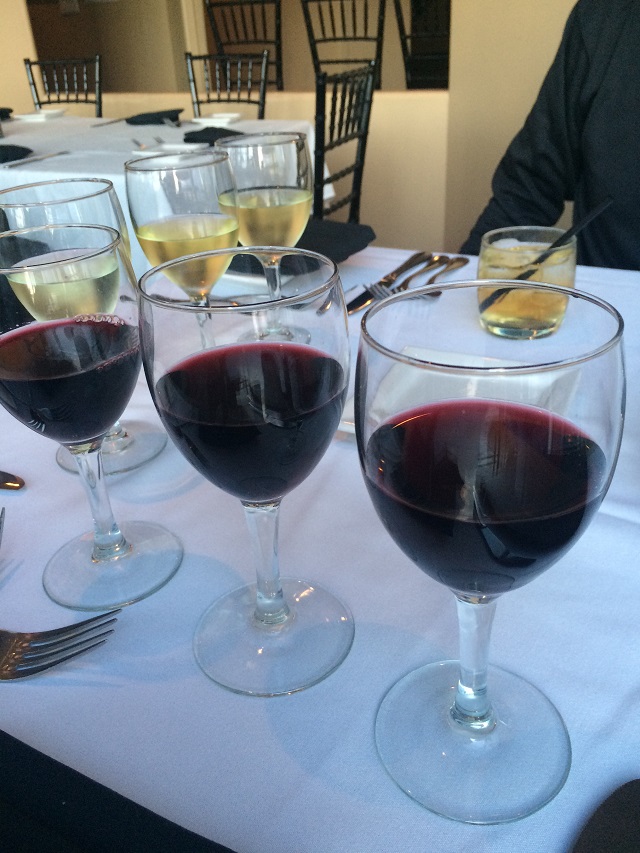 They said a flight was three pours that were each a third of a glass of wine, so it was supposed to equal one glass of wine. But c’mon, they were three whole glasses! Not a bad deal. Everywhere I had wine this trip, it was excellent. Being in the Central Coast wine country, I shouldn’t have been surprised. Here was my view from the table… 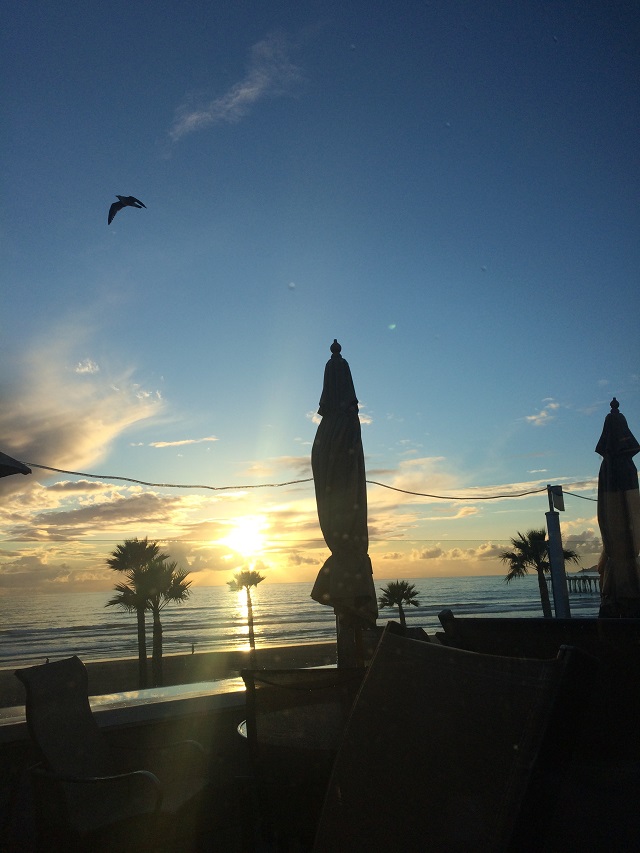 They supposedly have a great happy hour M-F with half off appetizers and drinks. With this view and those prices, it’s possible I’d be there every night. Just sayin’. The next morning bright and early I grabbed some coffee from the lobby and took a walk down these wooden stairs to the beach. 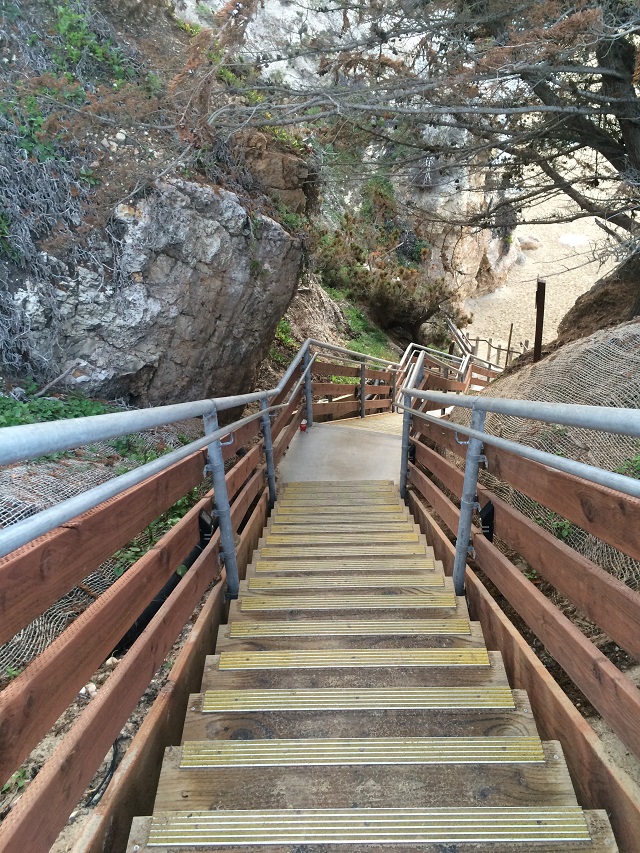 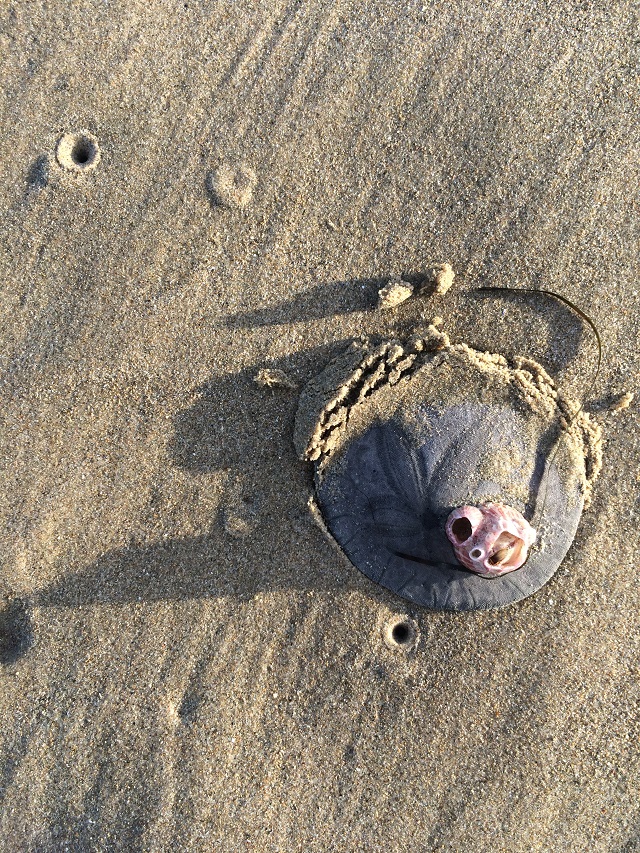 These little birds were so cute. They kept chasing the waves, then running away from the waves, with their tiny little legs. 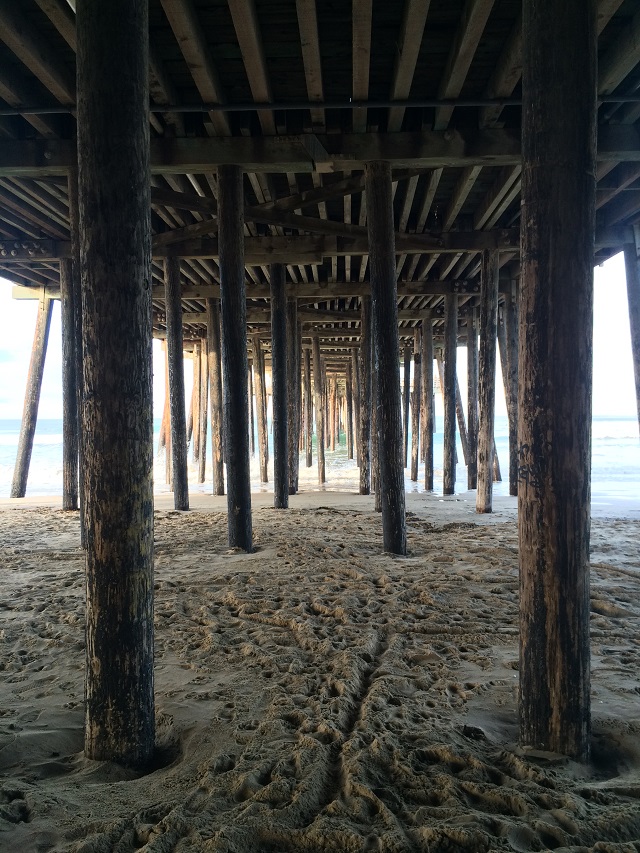 Extra credit if you see the little rainbow in this last picture! (Hint: it’s to the right of the end of the pier) There is so much wildlife there, more than here in San Diego. Which sounds strange. But there just is. I saw tons of dolphins in the water, nine deer all together up in Lopez Lake, flocks upon flocks of all different kinds of birds, bugs galore! My poor windshield was never clean. I guess I was really heavy handed on the beach pictures, but the hills on the other side are so incredibly green and lush! The ten minute drive to Lopez Lake was like you were in the Irish countryside. The trees were so pretty, with knotty and twisted dark trunks and branches, and moss hanging from the ends. Driving into town you pass so many vineyards and wineries. I could only stay two days, and with five hours driving each of those days, I totally didn’t get to explore enough. But I’m already making a list of what I want to do next time!